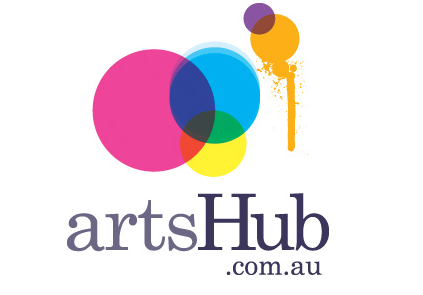 Arts Hub continues to report on the sector’s response to Minister Brandis’ decision to redirect funds from the Australia Council for the Arts into his own department. Full article below by Richard Watts for Arts Hub, Thursday 4 June 2015.

Arts companies are enlisting the weight of audience opinion to protest the Minister’s Budget move redirecting funding from the independent Australia Council into his own department.

Federal Minister for the Arts Senator George Brandis QC has made plain in the past that he places great value on audiences.

‘It’s been one of my constant themes in both my periods as Arts Minister that the one group of stakeholders always forgotten about in discussion of arts policy is the audiences, or public who go to shows at galleries,’ he told The Weekend Australian last year. ‘Frankly I’m more interested in funding arts companies that cater to the great audiences that want to see quality drama, or music or dance, than I am in subsidising individual artists responsible only to themselves.’

Now the arts sector wants to call the Minister on this claim, by showing him what audiences think of his recent decision to strip $104.8 million over four years from the Australia Council and place it in a National Programme for Excellence in the Arts, managed from within the Ministry. The decision – made without consultation and announced in the Federal Budget – has already forced the Australian Council’s to cancel a funding round and suspend its new six-year funding program.

The move has sent shockwaves through a fragile and interconnected sector which is now in full protest mode with national #freethearts dance protests and calls for a Senate Inquiry backed by both the Opposition and the Greens.

Now the sector is turning to the public to show the Minister that his “great audiences” are spread across many small arts organisations, who will suffer under this change.

By insulating the 28 companies who make up the Australian Major Performing Arts Group (AMPAG) from these cuts, the Minister has ensured that the resulting damage will be borne by the small to medium sector, including companies classified by the Australia Council as Key Organisations including Back to Back Theatre, Polyglot, and Lucy Guerin Inc.

But the combined audiences for the the small to medium sector easily outnumbers audiences attending works by the 28 AMPAG companies. The independent companies are also essential to providing fresh creative input into the majors.

Simon Abrahams, Chair of Theatre Network Victoria and Creative Director/CEO of Melbourne Fringe, was one of several arts leaders who attended a recent meeting in Melbourne with the Leader of the Opposition, Bill Shorten, and Shadow Minister for the Arts, Mark Dreyfus QC.

At that meeting, Shorten urged artists to enlist their audiences to lobby on their behalf. ‘He was very clear in his belief that this can’t be an issue simply for artists; that we have to engage our audiences as well in order to mobilise some action,’ said Abrahams.

Arts companies are calling on their audiences to join the protests against a move which takes a chunk of arts funding out of the independent and peer reviewed grant process. Abrahams:

‘Our audiences are the people that care about what we do; they value and understand what it is that the independent and the small to medium sector bring to the arts in Australia, and they understand why that matters. So we really need their voices as citizens and as advocates who can help speak on our behalf.’

That message has been ​taken up by Theatre Network Victoria said its Director, Nicole Beyer.

‘We have been encouraging our members across Australia to contact their audiences and ask them to question their local MP about the budget measures. The small to medium and independent sector doesn’t have big names to help advocate our value, but we do have extensive audiences across Australia who could help raise awareness of the impacts that this budget will have on this sector and its audiences,‘ she said, adding:

‘What audiences want is a range of work to see – yes, they do want to see the ballet and go to the symphonies, but they also want to go to The Village Festival in Byron Bay with their friends, or their local theatre company in Albury Wodonga, or to send their kids to a youth arts organisation in the school holidays. It’s not an either-or situation, they want it all!’

Ensuring audiences understand the impact
Lisa Dempster, Festival Director/CEO, Melbourne Writers’ Festival, is one of several arts leaders who has ​recently written to their audience to alert them to the issues faced by the arts sector in the coming months.

She said the sector was very mobilised and understood clearly how the dramatic curtailing of AusCo funds would ​reduce what was available to audiences. ‘But … I don’t necessarily think audiences know or understand how the arts work as an industry. Even phrases like “small to medium sector” can be bewildering.

‘Melbourne Writers’ Festival is big and prestigious so our audience don’t necessarily make the connection between the impact on the small to medium sector and their enjoyment of the large-scale festival that we produce.

‘So I think it is really important for arts organisations to talk directly to their audience, to tell them how their experience of the arts is going to be impacted – whether there’s going to be less of it, less diversity, less innovation.’

‘I think talking within the industry is good and important, but it probably won’t impact the broader outcomes of the budget overall,’ said Dempster.

Australian Theatre for Young People’s Artistic Director, Fraser Corfield (who recently wrote to the company’s stakeholders about the risks the new funding model represented to the youth sector), said audiences could not afford to wait until the damage of the cuts is obvious. ‘By the time companies can clearly articulate the impact of the changes to their audience the concern is it may be too late,’ he said.

‘I think it comes down to the role of civil society, and I would ask free-thinking individuals to become aware that what’s happening today is an unprecedented shift of power. It’s about people being aware what centralising power means … And I think in that sense it’s really problematic what is happening – we are seeing here something that hasn’t happened in 40 years of arts funding and cultural policy decision-making in Australia.

‘You have a Minister betraying deeply important principles of arms-length funding and interference. And I think every single person in Australia should be worried about that, because today it’s about the arts, tomorrow it can be a different field.

‘It’s an attack of democratic principles so that’s why I do think it’s important to make our audiences aware, as free-thinking citizens and people who are aware. I think we all have a duty to be concerned with the political state of the country we live in,’ she said.

Will the Minister listen?
Everyone ArtsHub has spoken to about this issue believes that ​the Minister will listen to the concerns of audiences.

Abrahams: ‘Certainly in all of his public statements, George Brandis has spoken about his absolute respect for audiences, and that’s clearly something that’s very important to him. Obviously we in the arts are also full of respect for our audiences and so my belief is that yes, he is really interested to hear what it is that audiences value.

‘And we know there is incredibly, incredibly solid information and statistics and data that talks about the work of the independent and small to medium sectors in reaching vast audiences, and touring internationally, in representing Australia all around the world, and creating quality work. That is something that the Minister has spoken very clearly about wanting, so I think if that information is really clear and lucid and positively constructed, then my hope is that he will hear and listen to that.’

Dempster believes an audience campaign will be more effective than anything the sector does. ‘I think Brandis has made it very clear that he’s not interested in listening to the arts community​ … We know that millions of people experience arts in a variety of ways every year. If we can get them mobilised to talk to the people in power we might have a fighting chance,’ she said.

Contact details for your local Member of Parliament can be found here.“